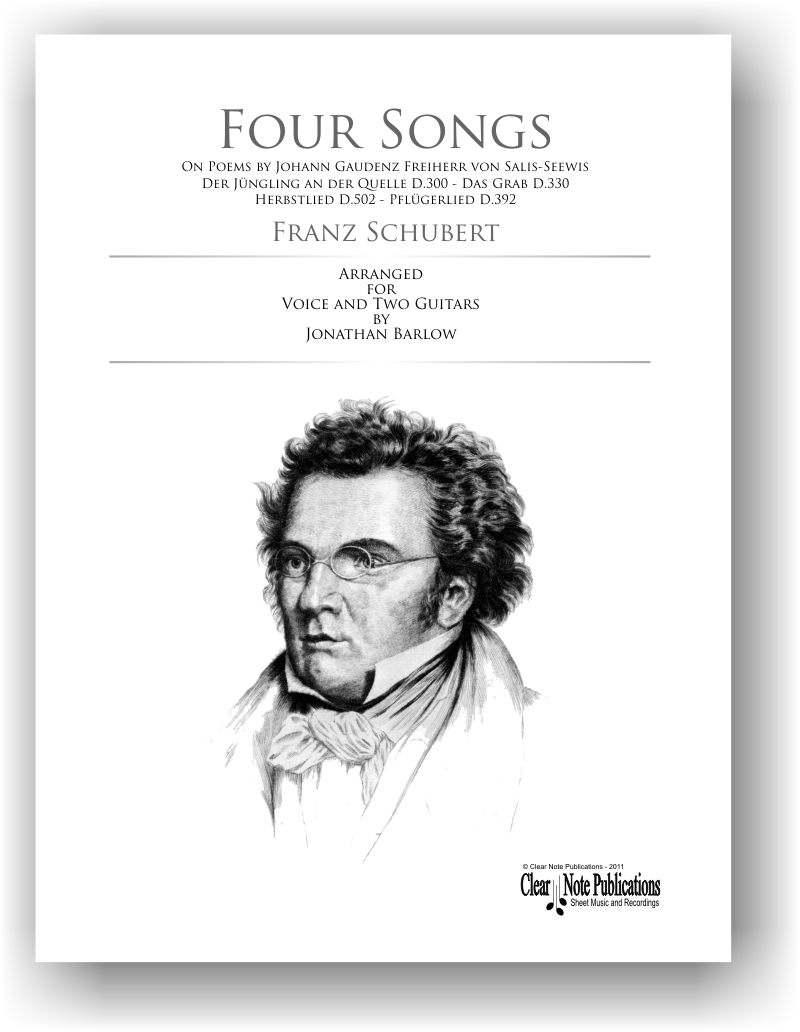 “Lieder singing with two guitar accompaniment may be a first.” American Record Guide

“Vocalists and guitarists, here is your opportunity to explore a unique German Lied edition. Jonathan Barlow has arranged Four Songs by Schubert for voice and guitar, which captures the integrity of Schubert’s work with the added intimacy of the the piano’s gentler sister, the guitar.” San Francisco Conservatory of Music Library blog.

Franz Schubert wrote over 600 songs during his short life. In 1814 he set “Gretchen am Spinnrade” on the poetry of Goethe. This early masterpiece heralded an astounding time of productivity that resulted in the composition of 144 songs in that same year. The songs assembled for this edition are on texts by Johann Gaudenz Freiherr von Salis-Seewis, an author that Schubert discovered shortly after this initial prolific period. New English translations of Salis-Seewis’s poems have been commissioned for this edition and are included for the reader’s reference.

Borrow from a library: WorldCat 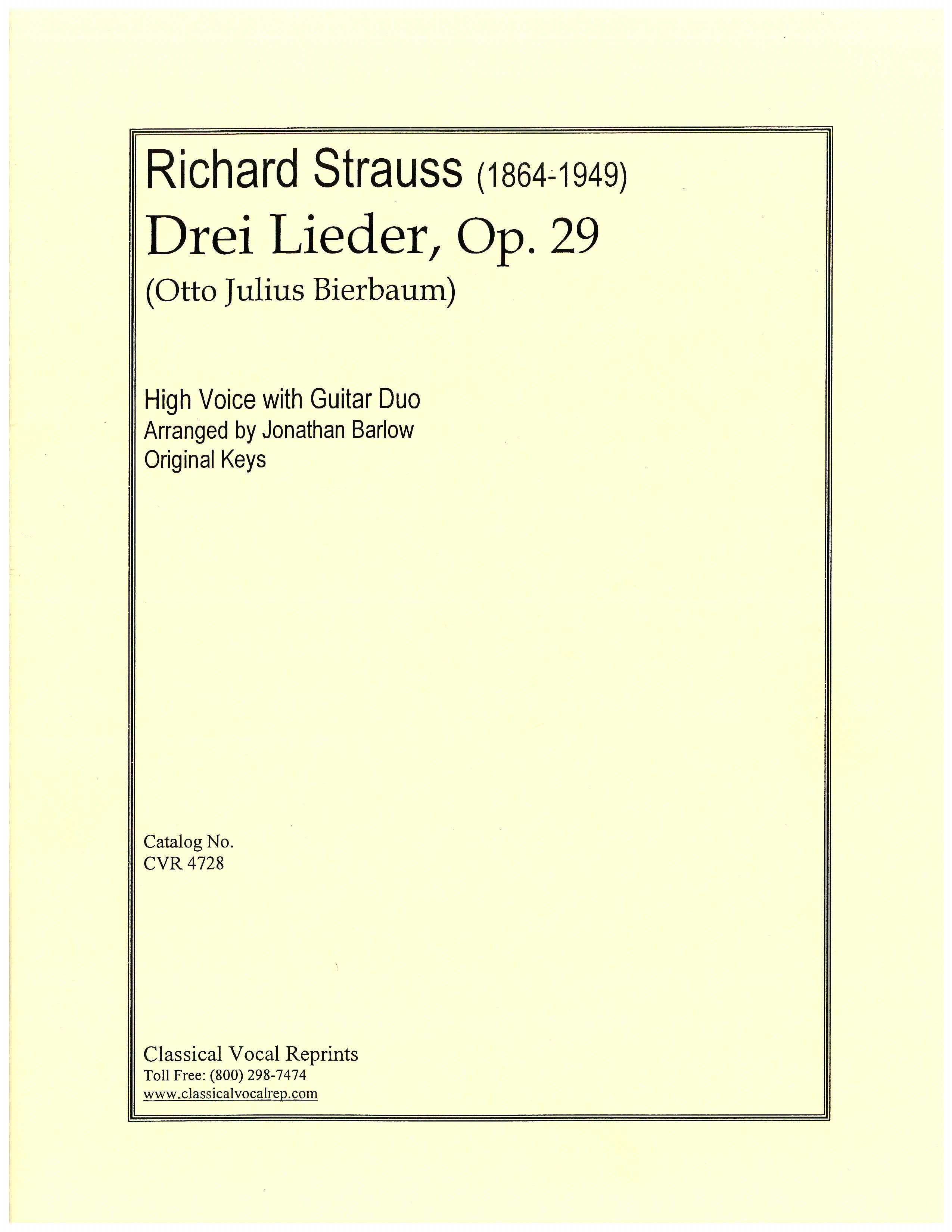 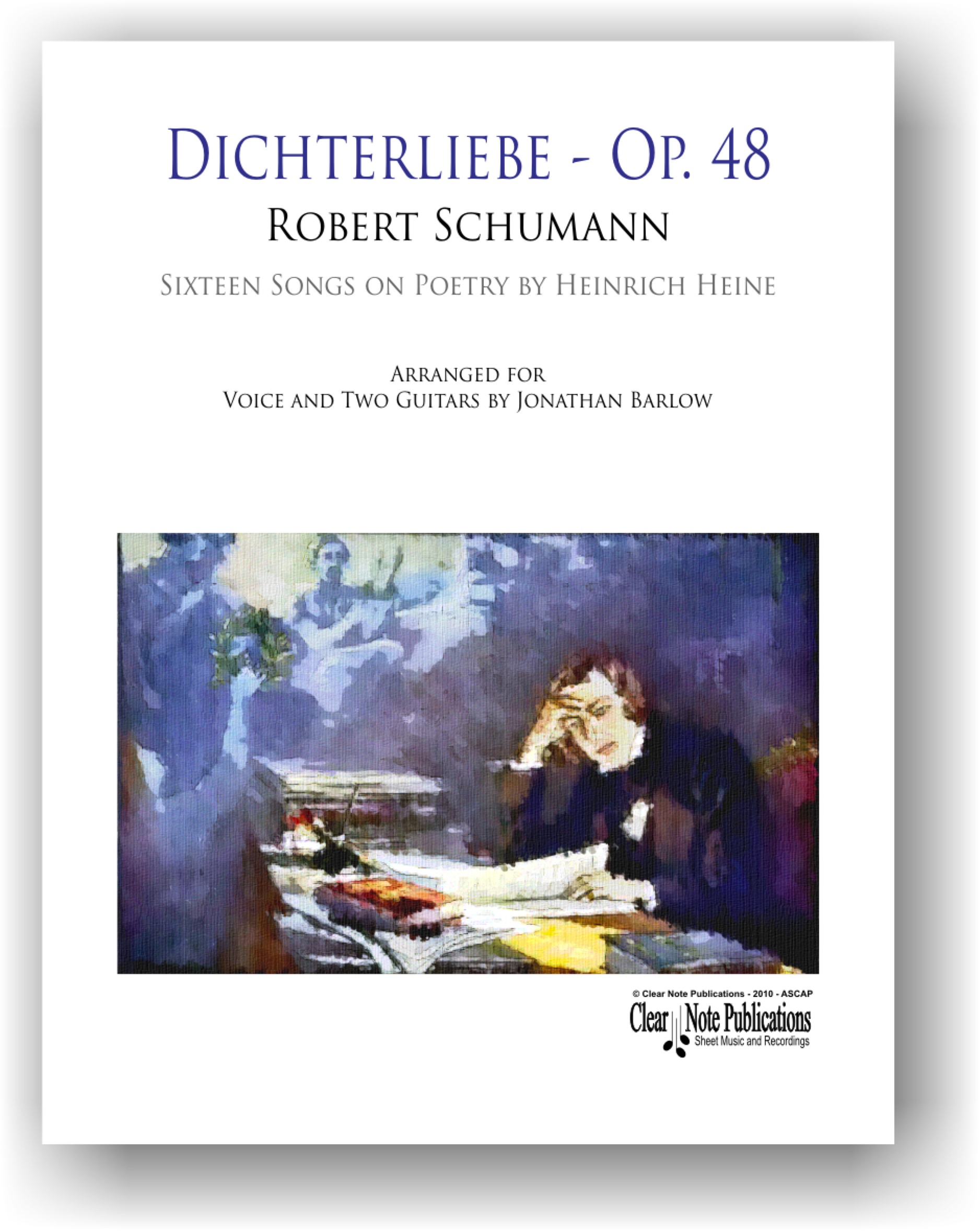